I have spent the last few days improving a BJ300 CB amp, to be useful for some mcHF QRO testing. I could have bought a proper, expensive amp, but i don’t have the time to make contacts unfortunately, so it would not be a wise investment. Also i have managed to learn a thing or two. 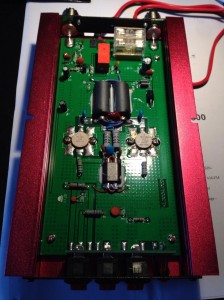 This is the amp on the inside, it is well made, but so many design decisions make it not fit for the HF ham bands. First thing that springs to mind – it is class C, clearly visible from the schematics as well: 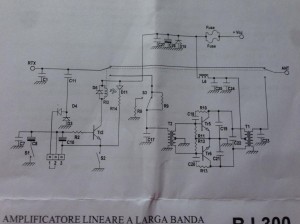 Connecting it to a dummy load with a tap shows how unclear the signal is: 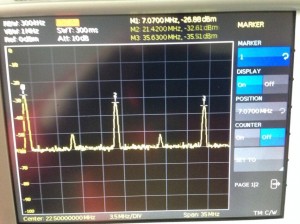 So, there is a need for a bias and external LPF. First thing, how to add bias. Checking the schematics and PCB, it is clear the bias is best fed to the center of the secondary on the input transformer(T2), unfortunately this is implemented as two copper pipes inside a binocular core, soldered with lots of crappy solder on the dual PCB with lots of vias and huge ground plane 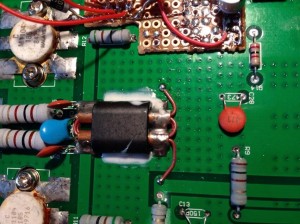 No worry though, i have a secret weapon, it is called ERSA and is a marvel of the German engineering 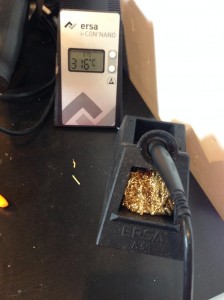 The transformer was not match for this miniature soldering iron! And here the modified version, with the centre insulated 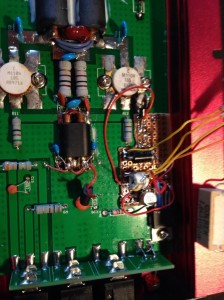 As for the bias schematics, i used the ready idea from this amp bigger brother, called KL400. The only change was using LM2941 for 4.9V stabilized power supply, and its inhibit pin to the collector TR2, so the bias current is supplied only when keying down. 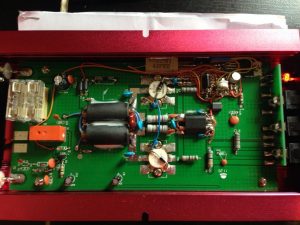 Another useful add on would be ACC line from the mcHF controlling PTT, instead of current RF sensing, that is not very good idea for SSB operation. 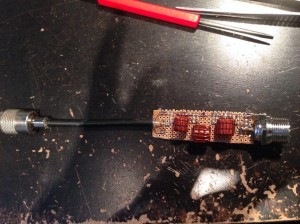 A small 40m LPF was in order too, with whatever parts i had. It should survive few tests, i believe, and it looks good on the analyzer 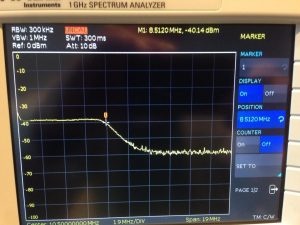 Soon, on the bands…

8 thoughts on “New amp and mods”